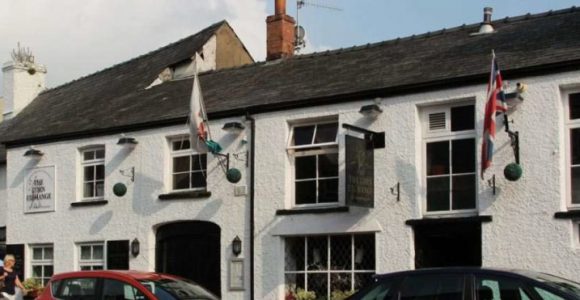 After being able to negotiate a deal with Punch Taverns to sell the Corn Exchange to the community, as opposed to a supermarket, the group has been able to raise the necessary funds from almost 300 mostly local people to buy the building and renovate it within the planned timescale.

The journey has been extraordinary as significant problems with this old building had to be overcome by the dedication of the builder, the small team of four people who have been running the project on a voluntary basis and the continued support of almost 300 shareholders.

This old and dilapidated building has now been converted into three very desirable shops and three modern flats, all of which have now been rented.

The first business to take up a unit was Odonnells Bakehouse, a business that was previously trading from the Market Hall opposite the Corn Exchange but had to leave because they could not find suitable premises.  The third shop is the one that has attracted both local and national attention, as it is Wales’ first totally zero waste shop and is called Natural Weigh. The final shop, called “The Emporium” will sell crafts, collectables, vintage & retro goods.

The three flats are two one bedroom and one two bedrooms, and all three have now been let to excellent tenants.

In summary, the conversion of the Corn Exchange has created 11 jobs, provided a home for 6 people and has created a business that is owned mostly by people of Crickhowell. It has been mentioned in a parliamentary session in Westminster as a prime example of what can be achieved when a small group of people get together to fight for the preservation of a small historic town. It was also of particular interest to His Royal Highness, the Prince of Wales, who performed the official opening in July 2018. And finally, it was the key driver in Crickhowell High Street being voted the Best High Street in Great Britain for 2018.

It is important to stress that had this initiative not taken place, or not succeeded, the Corn Exchange would by now be a supermarket and posing a threat to most of the local family run businesses, as well as the character of this historic town.

The Sustainable Development Fund grant supported the employment of an admin worker who was able to organise and manage the huge administrative burden associated with recruiting the impressive number of shareholders and keeping them updated throughout the project.