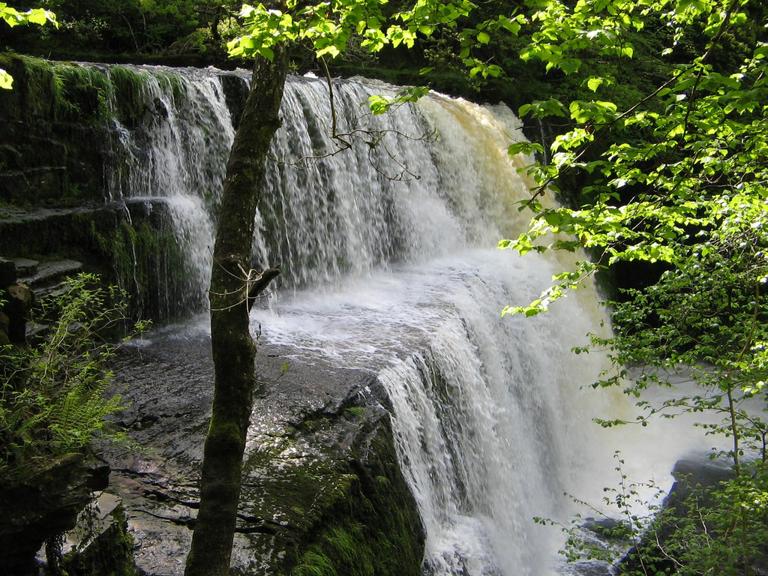 Waterfall Country is a very special place to visit with many things to see and do. This area is of international importance in terms of the wildlife it supports and it has been designated as a Special Area of Conservation  (SAC) and a Site of Special Scientific Interest (SSSI).

Click here to go to the main Waterfall Country page or read on for more information on the work we carry out in this special area.

As many as 175,000 tourists a year visit Waterfall Country and these numbers continue to increase annually. As a result of the increasing visitor pressure the footpaths in the area have suffered significant erosion in the past few years. This is of great concern to the National Park as the area is not only designated as a Site of Special Scientific Interest (SSSI) but also as a Special Area of Conservation (SAC) – which means the area is protected under EU law.

For the last four years the Brecon Beacons National Park Authority, Forestry Commission Wales and the Countryside Council for Wales have been working closely to try and undo the damage.

Together we have created the Waterfall Country Management Plan. This document summarises all the information, features and issues of the area. most importantly it contains a five year work plan detailing all the projects and ongoing tasks that are key to turning this area around.

The key project areas are as follows:

To date the Western Area Wardens team have made the following improvements to the area: