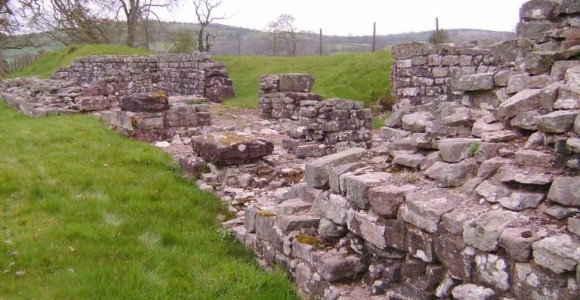 The Roman invasion of Britain began in 43AD, and the arrival of the Romans in Wales brought the Iron Age to the end.  Wales had many natural resources that were useful to the Romans including copper and gold.  However, the Romans met fierce resistance from the many tribes in Wales, and the Roman conquest of Wales was not complete until c.75-80AD, when Roman rule was accepted.

Wales was controlled by two Roman Legions of over 5,000 men based in large forts at Caerleon and Chester, with a network of roads and military sites including camps and forts of auxiliary soldiers across the country, many examples of which survive within the Brecon Beacons National Park.  Roman control of Wales continued for over 300 years until the late 4th century AD.  However, Roman influence in Wales was not as complete as it was in other areas of Britain; Latin did not replace the native language and evidence suggests that some Iron Age hillforts continued to be occupied.

Many of the Roman camps and forts that were established to control the area that is now the Brecon Beacons National Park, and the Roman roads that criss-crossed the area, are well preserved and survive as upstanding earthworks.  Some of these structures such as the forts at Y Gaer (near Brecon) and Pen-y-Gaer (near Bwlch) were stone built auxiliary forts, initially built in c.75BC as turf and timber structures, but occupied for several hundred years, with barrack blocks, bath house and associated civilian settlement or vicus.  These were strategically placed to guard roads and control the movement of people.  In contrast, Roman marching or practice camps were temporary turf and timber structures, only occupied for a short period whilst the Roman soldiers were on campaign.  Several examples of these temporary camps survive in the Brecon Beacons National Park and are clearly visible as large rectangular low earthwork structures, such as Y Pigwn on Mynydd Bach Trecastell.

Atelier Productions (1995) The Romans in Breconshire and Radnorshire. A
Field Guide. York: Quacks the Booklet Printers.

Royal Commission on the Ancient and Historical monuments of Wales (1986) An Inventory of the Ancient Monuments in Brecknock (Brycheiniog):
Hill-forts and Roman Remains Pt. 2: Prehistoric and Roman Monuments London:Her Majesty’s Stationery Office.