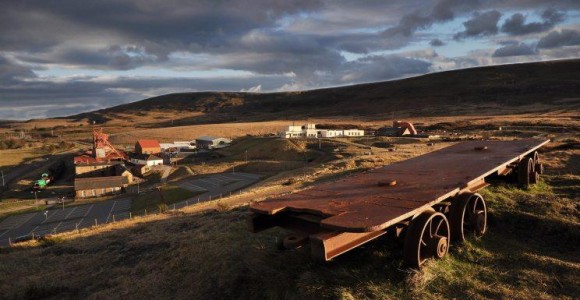 Blaenavon Industrial Landscape is a World Heritage Site, this means that heritage of the area is of international importance and of Outstanding Universal Value. The industrial activity of South Wales was a vitally important part of Britain’s Industrial Revolution, the first Industrial Revolution anywhere in the world, and in the development of Wales as an industrial nation.

Blaenavon Industrial Landscape World Heritage Site is a landscape entirely created as a result of eighteenth and nineteenth century industrialisation, particularly coal mining and iron production. The landscape today has strong links to the past; the stories of the men, women and children who worked here in the mines and quarries, in the kilns and furnaces, on the tramroads, railways and canals, whose hard work and toil created this outstanding landscape and in doing so changed the world, are still alive to us today in the physical remains they left behind.

The World Heritage Sites covers an area of 32.9km2, the northern half of which is within the Brecon Beacons National Park.  The area has two major visitor attractions Big Pit: National Coal Museum and Blaenavon Ironworks, although for those keen to explore the area has much more to offer with extensive remains relating to coal mining, iron ore extraction, industrial processing and manufacturing, transport and communication and the historic towns that developed to house the migrant workforce that flocked to the area for work.

The works operated from 1789 to 1902.  At the time when it was built, Blaenavon Ironworks was at the cutting edge of Iron production technology, it was steam powered, and with 3 blast furnaces it was one of the biggest ironworks in the world.  The Ironworks were at the heart
of the industrial landscape; if it wasn’t for the Ironworks, none of quarries, mines, spoilheaps, tramroads, railways, canals, workers houses or civic buildings would exist.  The Ironworks developed and grew over time and a visitor to the site today can see the remains of six blast furnaces, the casting house and the water balance tower, a hydraulic lift.  The refurbished workers’ cottages and the reconstructed company shop also provide visitors with a vivid window on the past onto what life was like for the people who lived and worked here.  Blaenavon Ironworks is the best preserved blast furnace complex of its period and type in the world and is well worth a visit.  The site is managed by Cadw, admission is free and the site is brought to life through careful interpretation and exhibitions.

Standing at the heart of Blaenavon Industrial Landscape is Big Pit, a coal mine sunk by the Blaenavon Company c.1860 in order to provide coal for the Ironworks, for burning lime, for powering steam engines and for heating workers’ homes.  The mine operated until 1980 and the mine buildings at Big Pit, including engine houses, stable blocks, workshops and the pithead baths, are a time capsule showing the development of the mine from the 1860s to the 1970s.  Today the site is home to the award winning National Coal Mining Museum of Wales.  The mine buildings have been conserved and transformed so that the life of the pit and the stories of the people that worked there are brought to life for visitors.  The winding engine and cages are still operational and visitors are taken on an underground tour, down the 90 deep mineshaft, by a collier that formally worked in the mine, to learn first-hand what it was like for the men and boys who worked at the coalface, bringing the story of coal mining on the South Wales Coalfield vividly to life.