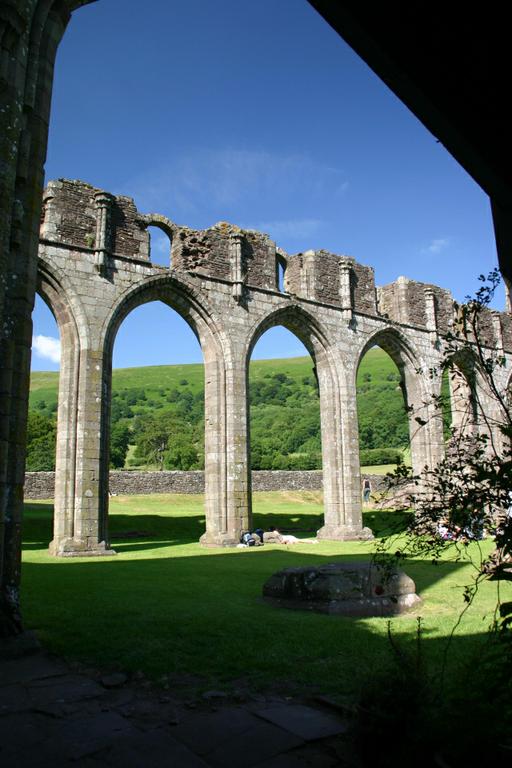 Built in this remote spot in the early 12th century after the nobleman William de Lacy out hunting came across, and sheltered in, the ruined Celtic chapel of St David on the site and was overcome by devotion.  Nothing remains today of the first church that was endowed by this wealthy nobleman in the early 1100s, because attacks on the primarily English community by local people forced the monks to retreat to Hereford and Gloucester, and the original buildings were destroyed.  The Priory remains still visible today date from the 13th century when the Priory was re-established and church rebuilt.

Llanthony Priory continued under English rule and was one of many of the great buildings of Wales attacked in the early 15th century, during the rebellion of the great Welsh Prince Owain Glyndŵr, in order to recapture Welsh land from the English.  During this period of upheaval most of the religious community at Llanthony retreated once again to Hereford and Gloucester, which meant that by the time of the Dissolution of the Monasteries, under King Henry VIII, only 4 Canons remained at Llanthony, when the site was sold for £160, the buildings reduced to ruins and left to crumble for hundreds of years.

The beautiful remains of the Priory that survive today with its large windows and grand archways, although fragmentary, are clues to the grandeur and importance of this site in its heyday and the devotion of the god-fearing monks who lived and thrived here.  In the late 12th and early 13th centuries Llanthony Priory, in this tranquil and remote valley, would truly have been a spectacular site to behold, and the Priory Church itself was one of the greatest buildings of medieval Wales.

The site is now in the guardianship of Cadw.  It is open all year round, entry is free and there is onsite parking.  Part of the former ruin has been renovated and now forms part of the Llanthony Priory Hotel.