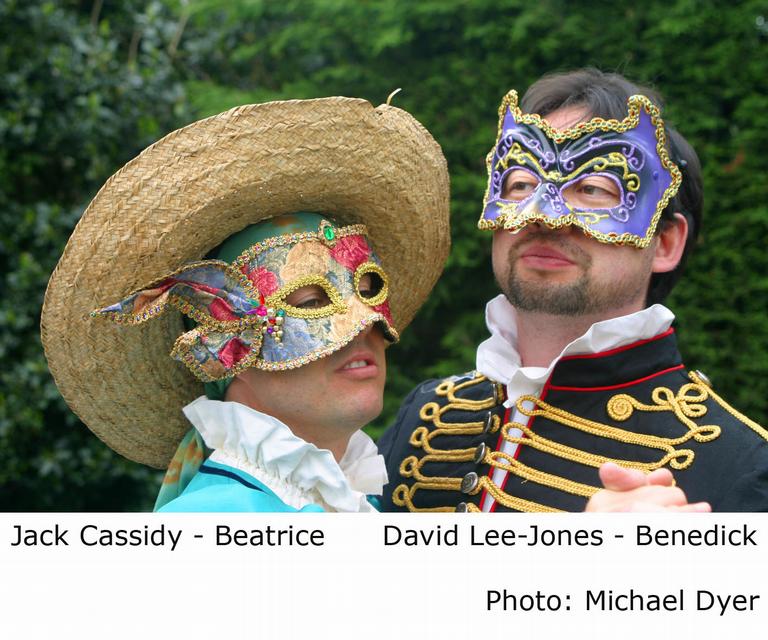 Set in the midst of the beautiful Brecon Beacons National Park, this sparkling witty comedy will be brilliantly brought to life by the highly acclaimed actors and musicians of the Festival Players Theatre Company.

‘Much ado about nothing’ is one of Shakepeare’s beloved and popular comedies – a spirited tale which centres on the banter between the reluctant lovers, Beatrice and Benedick. What ensues is a right-royal battle of the sexes set in the twilight of a balmy summer’s evening of mischief, mirth and music.  And the Players will be treating audiences to even more of a show – by fielding an entirely male cast!

Renowned for his classic and witty adaptions of Shakespeare, Artistic Director Michael Dyer said, “Three years ago we raised a few eyebrows when people realised there was not an actress in sight! But the feedback proved that people were intrigued by the idea and liked what they saw. Although it might seem unusual today to field an all-male cast it is in fact totally authentic – we are just following in the footsteps of Shakespeare’s own Elizabethan Globe Theatre when all the roles were taken by men.”

Richard Levy, Manager of the National Park Visitor Centre said, “The Festival Players Theatre Company is the most popular touring theatre in the country and we are thrilled that they have chosen to come back to the Brecon Beacons National Park to host one of their few productions in Wales.  Judging on their past performances we are expecting a great turnout and a hugely enjoyable evening.”

People are invited to bring their own outdoor seating, rugs, blankets and picnics.  The purchase of a ticket includes one free tea, coffee or orange juice from the Tea Rooms.  Drinks can also be purchased from the Tea Room before the performance, which starts at 7:00pm.

Tickets can be purchased from the National Park Visitor Centre, Libanus by telephoning 01874 623 366 or emailing visitor.centre@breconbeacons.org
Adults £12.50, children and concessions £8.50 or family tickets (2 adults and 3 children) £45

Further information on the Festival Players 2008 performances can be found at www.thefestivalplayers.co.uk