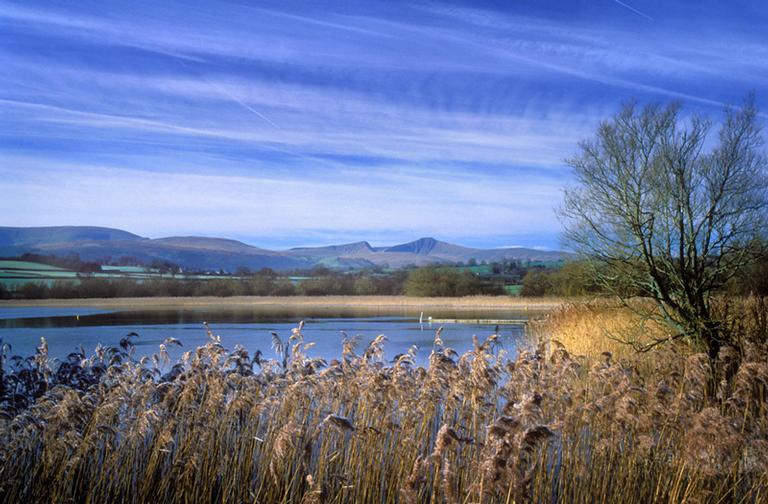 And with Brecon Beacons National Park smack bang in the middle of Wales, passports are sitting on the information desks at its Visitors Centres in anticipation for the influx of visitors expected during the holiday season.

Specially created by the UK National Parks who are celebrating the 60th anniversary of the legislation that created them – the Access to the Countryside Act 1949 – the passports can be picked up from a National Park Visitor Centre or downloaded from www.nationalparks.gov.uk/passport.

There are more than 60 million visitors a year to the UK’s National Parks but some are better known than others.  The new Passport aims to encourage people to visit a new landscape by collecting a stamp and signature from every National Park they visit.  In fact, the scheme could take you to places you haven’t considered before but could come to love in the future.

Cllr Gareth Ratcliffe, Member Champion for Brecon Beacons National Park Visitors Centres said:  “We have so much happening in the Brecon Beacons National Park this August that we’re trying to encourage as many people as possible to get their passport stamped here first. Aside from Brecon Jazz this weekend, the Green Man Festival and our very own Summer Fayre at the National Park Visitor Centre we’ve got so much to offer visitors who want a special break.  With spectacular views from just about every town, activities like horse riding, cycling, mountain biking, fishing and walking are right on your door step – it’s hard to imagine why people wouldn’t want to pay us a visit straight away.”

John Riddle, Chairman of the UK Association of National Parks, and of Northumberland National Park Authority, said “If you visit a National Park we want to hear from you. Was there anything you particularly enjoyed doing, did you manage to travel the green way and leave your car behind?  Perhaps you sampled some delicious locally produced food?  We want to share your experiences, photos and videos on-line so upload them to the National Parks website and show us where you’ve been.

“Visitors can also give feedback to National Park staff and each other on the National Parks Facebook page, Twitter feed and YouTube channel.”
Information about the 60th anniversary and how the National Parks and other protected areas have been shaped is available on www.diamondsinthelandscape.org.uk, together with more than 40 spectacular walks to download.
-ENDS-

NOTES TO EDITORS
* There are 14 National Parks in the UK, covering 7% of England, 20% of Wales and 7.3% of Scotland.
* The UK National Parks are the Brecon Beacons, Dartmoor, Exmoor, Lake District, New Forest, Northumberland, North York Moors, Peak District, Pembrokeshire Coast, Snowdonia, Yorkshire Dales, Loch Lomond & the Trossachs and the Cairngorms. The Broads is a member of the National Parks ‘family’ although not strictly an official National Park.  The South Downs is in the process of designation as a National Park.
* National Parks have the highest landscape protection for their outstanding beauty and special qualities.  They are an important part of the nation’s cultural heritage.
* National Parks are there for everyone to enjoy, free of charge, 24/7, 365 days of the year.
* National Parks Week aims to raise the profile of National Parks and to encourage more people to enjoy them – particularly children and families.