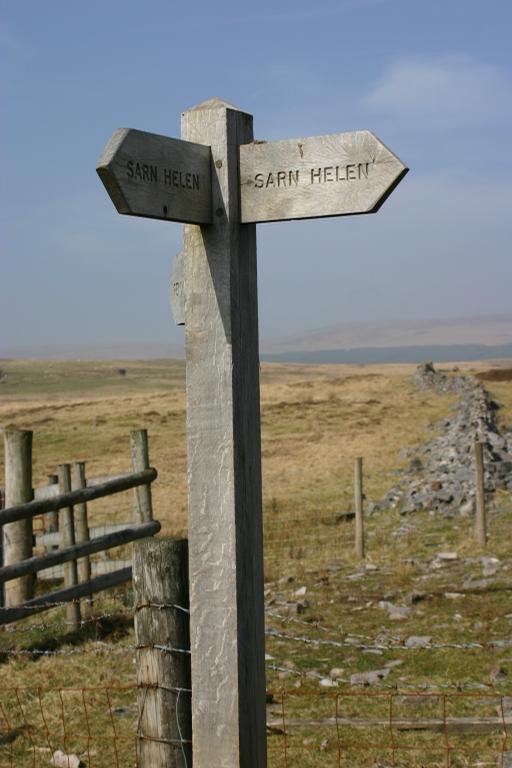 Last month at the Brecon Magistrate Court, three off-roaders from South-West England pleaded guilty to driving on the restricted byway known as Sarn Helen, after being caught red-handed by Police and National Park Wardens in October last year.  The off-roaders were caught after a concerned member of the public submitted a report using the National Park’s online reporting system which then led to immediate action undertaken by Dyfed Powys Police to apprehend the offenders.

Jon Pimm, Western Area Warden for Brecon Beacons National Park Authority who assisted Police Officers at Sarn Helen last year said:  “Illegal off-roading has a huge impact on the countryside and our protected landscape and it was only last year, after liaising closely with Dyfed Powys Police and local communities in the worst affected areas, that we set up the online reporting system.  It’s good news that our residents and visitors feel confident using the online reporting system to provide details of any incidents that occur – the results of which we are finally starting to see.

“If off-roaders are looking for safe and legal places to drive they are welcome to contact our Local Rights of Way Officer for information or they could join one of the organisations we work closely with who represent riders such as Treadlightly, LARA, TRF, GLASS or CRAG who will also help them.”

Powys Commander Chief Superintendent Steve Hughson said: “Powys Division has worked hard in partnership to tackle illegal off-roading, in particular where this impacts on the countryside and areas of special scientific interest, such as the Brecon Beacons and Elan Valley. Where appropriate we will prosecute, as in this case, and would encourage those who want to engage in off-roading in Powys to act responsibly and legally.”

Cllr Kathryn Silk, Chairman for Planning, Access and Rights of Way for Brecon Beacons National Park Authority said:  “Our wardens receive more complaints about illegal off-roading than anything else in the National Park.  Our communities will be as pleased as we are that the legal status of Sarn Helen in the Brecon Beacons National Park have been clarified by the courts as off-limits to off-roaders.   National Park landscapes are there to be protected and preserved – so we hope that off-roaders will rethink where they ride and seek alternative routes that are legal and more suitable.  We will continue to work closely with the Police Authorities and other agencies to protect the integrity of our countryside to ensure that people’s quiet enjoyment of the National Park isn’t disturbed by illegal behaviour.”

If you would like to report an incident involving illegal off-roading please use the new online reporting system at www.breconbeacons.org detailing as much information as possible.

It is understood that further prosecutions under Section 34 of the Road Traffic Act ‘Driving on Restricted Byways’ are awaiting court dates.