This week, the Brecon Beacons National Park Authority attended the Fleet News Awards, hosted at Ascot, where it was shortlisted for three award categories. Having originally only submitted entries for two categories – Fleet Manager of the Year and Environmental Innovation, the judges were so impressed with Kevin Booker’s interview that they chose to shortlist the Authority in the category of Fleet of the Year up to 1,000 vehicles.

It was even more of a surprise to take home the highly commended prize in the Fleet of the Year up to 1000 vehicles category, when up against big companies, such as the winner Auto Windscreens, as the Authority only has a fleet of 25! 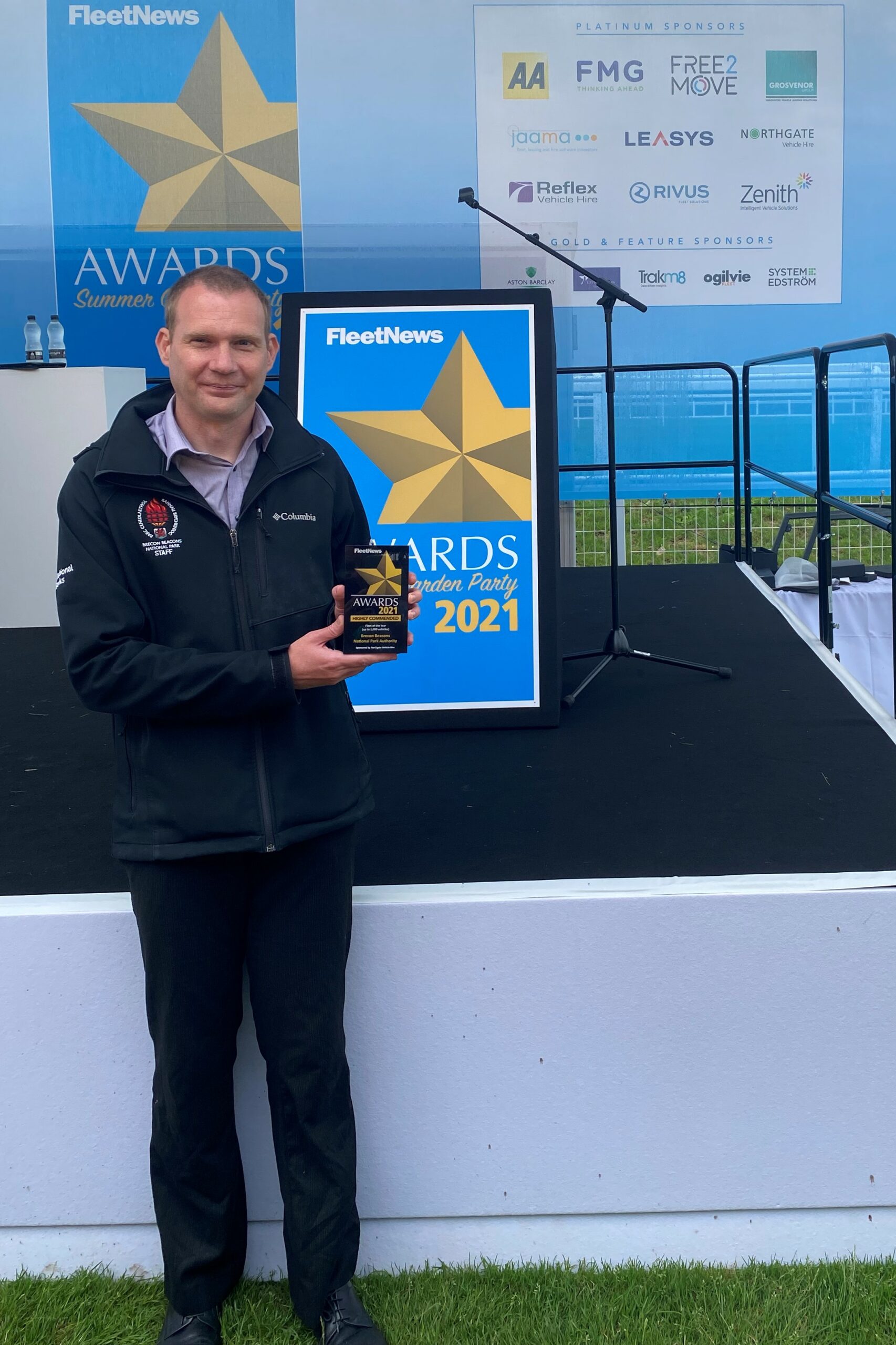 Kevin Booker, IT Systems and Fleet Manager for the Brecon Beacons National Park Authority “It was an honour to be included in the line-up of such a prestigious event within the fleet industry. Getting that level of recognition both personally and for your organisation, it is really special, and to come away highly commended in a category we didn’t initially enter was a surprise. Our fleet is tiny in comparison to the other nominees and companies taking part in the awards. It makes all the hard work worth it to be recognised at these awards.”

The Fleet News Awards take place every year, highlighting the very best of the fleets, suppliers and manufacturers in the United Kingdom. Once entered, it takes time to pull together the information and, if successful with the initial application, to prepare for the 30-minute interview in front of the panel of judges.

Gareth Ratcliffe, Chair of Brecon Beacons National Park Authority “It is fantastic to see Kevin’s hard work over the last few years rewarded and acknowledged at these awards. Kevin has ensured that our fleet is as green as possible, with 60% of the Authority’s fleet now being electric, he is always looking for innovative ways to reduce emissions, working towards an emission free fleet by 2025.”